Lance Armstrong's coming out from retirement 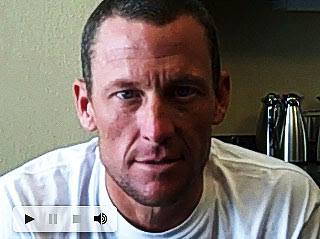 Velonews reported yesterday that seven-time Tour de France champion Lance Armstrong is coming out from retirement for the 2009 season. Immediately the cycling world was set abuzz with the news. Even Johan Bruyneel's current team, Astana, reacted to the news. It was so shocking that CyclingNews' Shane Stokes wrote an analysis on the pros and cons of Armstrong coming back.
Well, today Armstrong confirmed the rumor through a written and video statement on their Livestrong blog.
So how about it, cycling fans? Are you ready to bring out that bright yellow rubber wristband and go for number eight?
Cycling News Lance Armstrong Livestrong Tour de France Velonews