Having my shocks serviced by Dan's 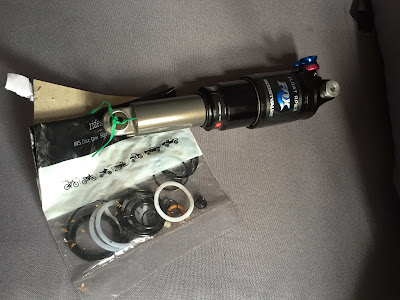 I noticed that there was some oil when I touched the pro-pedal switch of my Fox Float RP23 rear shock after the Timberland ride. I can't escape it. I need to have it serviced. So I called Dan's Bike Shop to check their schedule, and I'm happy that they're open on Saturdays.

With only a few shops that are authorized to service Fox suspension, they said that my rear shock will be ready in two weeks. For those with only one bike, that equates to no rides until the shock is finished. Bummer, right? But I have no choice. I need to have it serviced.

"Don't worry," the mechanic said. "That's the standard turnaround time. It can be earlier."

True enough, come Thursday, I got a call from them. The shocks is ready! Awesome! 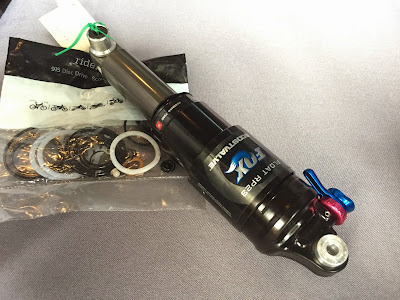 I was so excited, I picked it up first thing Saturday! They replaced the seals with a better material. The damage is just P1,695. Not bad. To compare, my friend from Singapore had his shock serviced for about P5,000.

When I rode the bike the following day, it felt great. I was finally able to appreciate their propedal platform! Before, when I switch it on, I couldn't tell the difference. Now, I can see that there's less movement so it's stiffer.

Dan's is the official distributor of Fox in the Philippines. Their office is inside the La Fuerza compound at the back of the Specialized concept store along Pasong Tamo in Makati City. They're open Mondays to Fridays from 9AM to 6PM (?) and on Saturdays from 9AM to 3PM. You can call them at +63 2 894-5541. Here's the map:

Unknown said…
does dan's fix a maestro rear shock?
8:59 AM

Jovan Puyo said…
If the Maestro sock is made by Fox, I think Dan's can fix it. Best to give them a call.